It is summer and that means lots of barbecues, grills, and campouts. A popular food at all of these is the watermelon. When you next enjoy this juicy-sweet summertime treat, keep some of these interesting facts in mind. 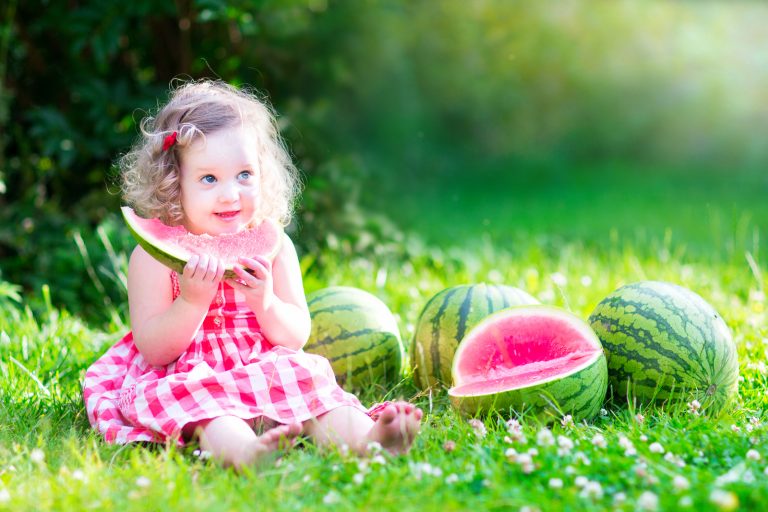 Watermelon is believed to originally come from the Kalahari Desert in Africa. The first documented watermelon harvest was in ancient Egypt around 5,000 years ago. It is shown in hieroglyphics on the walls of ancient Egyptian buildings. Watermelon seeds were even found in the tomb of the Pharaoh Tutankhamun.  As advancements in travel abilities progressed, watermelons began to spread along the Mediterranean Sea via merchant ships. Watermelon reached China, which is the largest producer of watermelons today, by the 10th century. By the 13th century it began to spread through Europe by way of the Moors. John Egerton, a Southern food historian, believes it was African slaves who introduced watermelon to the United States.

Today Arizona produces around 5.9% of the U.S. watermelons. Arizona is the 5th highest U.S. producer of watermelons, coming in behind Georgia, Florida, Texas, and California. Watermelons are grown in Maricopa, Yuma, La Paz, Cochise and Pinal Counties. Maricopa, Yuma, and Pinal, typically account for the majority of the crop grown. Watermelon are usually planted in January in Arizona and as watermelon takes around 90 days to grow from seed to harvest, they typically begin to be ready by May. Our watermelon is at its peak in June and July, but is usually available until November. The majority of Arizona’s watermelon is sold domestically.

Watermelon is perhaps the most refreshing fruit of all. It is 92% water, so consuming it in the hot summer months is a great way to make sure you are staying hydrated. Apart from being the perfect thirst quencher, watermelon hosts a variety of health benefits. In fact, fresh watermelon has earned the American Heart Association’s “Heart-Check Mark” for being a heart healthy food. Here is a closer look at some of the benefits to including watermelon in your diet:

It is apparent that enjoying this succulent food as a part of your diet has many health benefits, but how do you choose the right one? We found these tips from the Old Farmer’s Almanac:

After you get your watermelon home, a whole uncut watermelon will typically last 7-10 days on the counter. When refrigerated it can possibly last 2-3 weeks. When cut watermelon can last in the fridge for around 3-5 days. Your cut watermelon should be stored in an airtight container. Unfortunately watermelons don’t freeze well. The flesh becomes a dark red and when cut open the juices will flow out leaving you with an empty rind.

Watermelon is a versatile food. It is most commonly eaten raw cubed, sliced or balled, but it can also be enjoyed cooked and added to a variety of dishes. You can actually eat the entire watermelon! The seeds and rinds are both edible and offer their own nutritional benefits. In China the rind is often used in stews and stir-fries and it is also eaten pickled. Pickled rind is also popular in Russia and parts of southern U.S.

Give one of our favorite recipes a try.

Alternatives: Substitute 1/4 cup of lime juice and 1/4 cup of lemon juice for red wine vinegar. Add 1/4 cup basil. Cube mozzarella cheese as replacement for the Feta or Blue cheese. Use pine nuts for extra texture. Cut watermelon from rind into bit-sized pieces. Thinly slice the red onion. Mix Red wine vinegar and olive oil together and mix in with the watermelon cubes and cheese. Salt and pepper to taste.

Watermelon is a healthy food craved by kids, teens, and adults alike, and it is easy to see why it is a star of the produce department. Head to your local grocery or farmers market and purchase some of this sweet treat to enjoy today!