Over the last decade quinoa (keen wah) and other “ancient grains” have grown in popularity.  Quinoa has become praised as a superfood across the United States and Europe. This comes as no surprise, really, as quinoa is packed full of nutritional benefits. 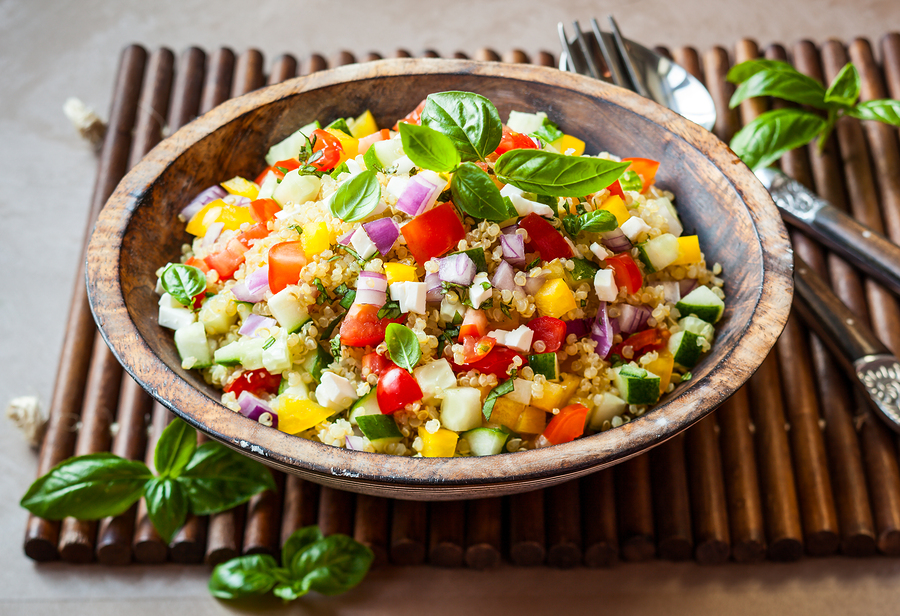 Quinoas roots are firmly planted in South America, primarily in Argentina, Bolivia, Chile, Colombia, Ecuador, and Peru. Quinoa, along with maize, was one of the two core foods of the Inca Empire. The fact that quinoa was a food that could survive a variety of growing conditions along with its nutrient strength made it a staple amongst the Incas for hundreds of years.

Around 1532 quinoa came close to disappearing, according to the Whole Grains Council. This was during the Spanish invasion of South America. Colonists spurned quinoa as “foods for the Indians.” The conquistadors forbade the growth and harvest of quinoa for a time and forced the Incas to grow wheat instead. Small pockets of wild quinoa survived the conquistador’s annihilation in higher altitudes. The plant was largely forgotten until the 1970’s when it was “rediscovered” by the outside world.

Much of the quinoa consumed today still comes from South America. According to WHFoods, Peru is the largest commercial producer of quinoa. In 2010, Peru harvested nearly 41,079 metric tons of the crop. Bolivia is the second largest producer of quinoa, having harvested 29,500 metric tons in 2010. These two countries produced nearly 99% of all commercially grown quinoa in 2010.

WHFoods states that there is some commercial quinoa production in the United States, however, production remains under 10,000 pounds. California, Washington, Oregon, and the Colorado Rockies have seen some quinoa production. The biggest barrier to U.S. production is climate, according to the Agricultural Marketing Resource Center (AGMRC). Quinoa needs to be grown in cool, mountainous regions, because air temperatures above 90-95 degrees can cause sterility of the pollen.

There are over 120 varieties of quinoa. White, red, and black quinoa are the most commonly cultivated forms.

Botanically speaking, quinoa is not a grain, and what we are eating is the seed of the plant. Quinoa is actually related to beets, spinach and chard. You can even eat the leaves of the quinoa plant. From a culinary standpoint, quinoa is what is called a “pseudo-cereal.”   Pseudo-cereal is a name given to foods that are eaten and cooked like grains and have similar nutrient profiles. Quinoa is included in the grains food group.

Currently our page does not have a recipe featuring quinoa, but we have included a recipe to try.

Preheat broiler. Cut bell peppers and chiles in half lengthwise; discard seeds and membranes. Place halves, skin sides up, on a foil-lined baking sheet, and flatten with hand. Broil 10 minutes or until blackened. Place in a paper bag; fold to close tightly. Let stand 10 minutes. Peel and coarsely chop. Heat a large Dutch oven over medium-high heat. Add oil to pan; swirl to coat. Add zucchini, onion, and garlic; sauté 4 minutes. Stir in chili powder, cumin, and paprika; sauté for 30 seconds. Add roasted peppers and chiles, 1/2 cup water, and remaining ingredients; bring to a boil. Reduce heat to medium-low; cover and simmer for 20 minutes or until quinoa is tender.

Share This:
This entry was posted in Cooking, Food Facts, Healthy Eating. Bookmark the permalink.

One Response to Quinoa, the Noteworthy Superfood