What is it about the smell of simmering vegetable soup that soothes body and soul?  Is it the fact that the vegetables represent the harvest of sweet, tangy, sometimes pungent crops ripened in good soil and the abundant sunlight of an Arizona winter? 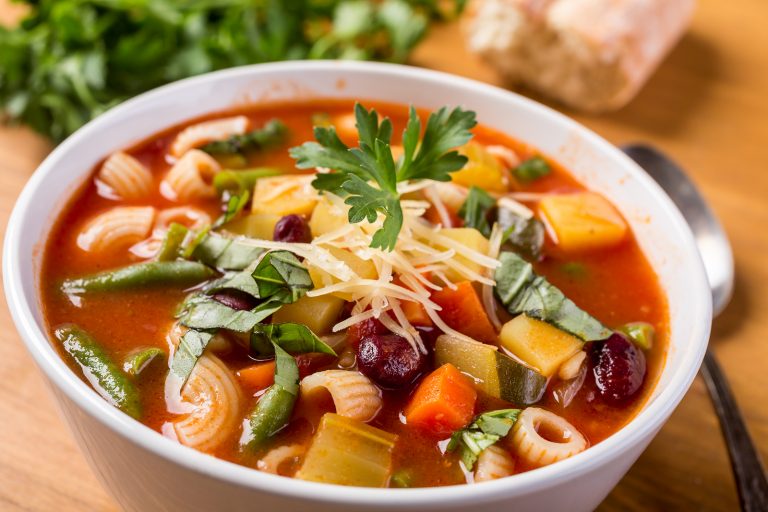 Some would say “yes”, without a second thought. After all, soup – from the archaic word “sup”, or “sop”, represents the origin of soup: a light, digestible broth poured over bread for the aged, ill, and otherwise invalid.

In 6,000 B.C., a recipe for soup included hippopotamus meat, sparrows, roots, lentils, and some spices. Today, Arizona cooks can choose from range-fed cuts of prime beef (#2 on the list of Arizona agriculture’s top 16 commodities), large, firm heads of prime cabbage (#9), carrots, some celery root, onions, and perhaps some sweet parsnips in place of potatoes. Yum!

Or if you prefer something with a little more spice to it, put together a savory pot of Albondigas (meatball soup), or a Classic Minestrone Soup with vegetables, tomatoes, olive oil and garlic. Or pick one of the more than a dozen soup recipes available on Fill Your Plate’s recipe pages.

March is the season when many root crops besides parsnips are at their prime. If cabbage is simply too ho-hum to interest your family, try bok choy, the Chinese cabbage. Choose purple carrots, if they are locally available, to add interesting color to your soup. Add turnips or rutabaga for those who like distinctive flavors, or mint to your carrot soup for a surprising contrast to the sweet-ginger flavor.

The only better bargain are the seasonal vegetables being offered by Arizona growers at farmer’s markets and grocers. Maybe your family would like some homemade soup tonight?