How Our Backyard Garden Encouraged Adventurous Eating in My Toddler 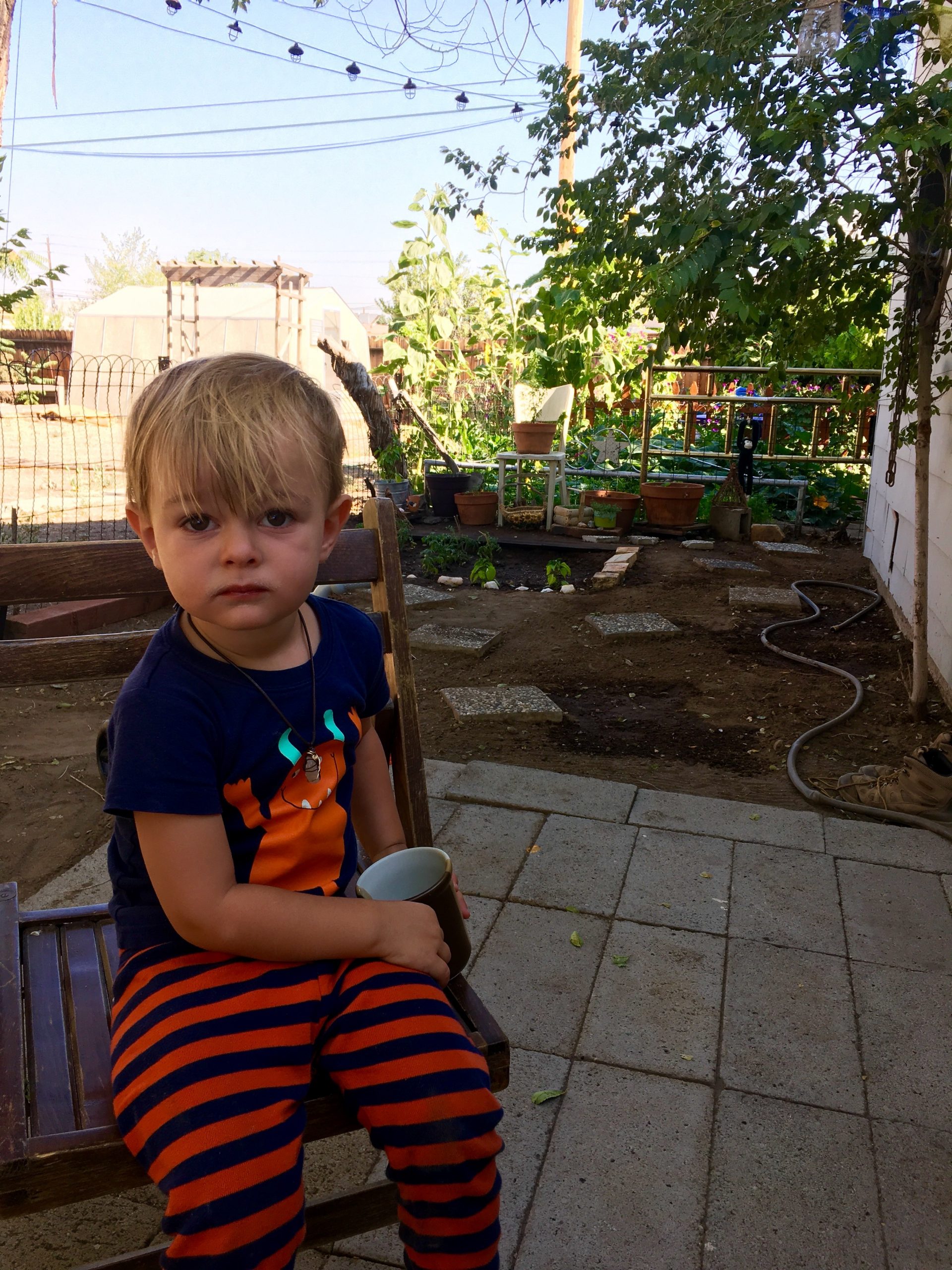 When my son was almost 3 years old, we finally moved into a home with some outdoor space. It was early spring and – with boxes still waiting to be unpacked – we focused on getting our backyard garden going. I had big plans for that small garden. My son, a once adventurous eater, was suddenly very particular. He was no longer eating his veggies! This garden would act as an outdoor classroom to teach him the alchemy of growing food – and hopefully to get him to show some enthusiasm about the vegetables I was putting on his plate. Long story short – it was a success! The trick was to involve him in every step.

The foundation to a happy garden is healthy soil, and we needed to give ours a little life. We headed to our local nursery where my son helped by pulling the wagon, selecting seeds (with some guidance), and picking out his gardening gloves.

Once back home, my son helped shovel soil into our garden beds. We talked about how the soil was alive and that there was a whole world that was too tiny to see – but that all those little microbe bugs helped our vegetables grow.

It wasn’t long before the beds were ready, and it was time to plant the seeds. I pre-poked some holes and began handing them out one at a time to my son, who – after kissing each seed goodbye – dropped them into their new home, wished them good luck, and covered them up with dirt.

After watering our newly planted seeds, there was nothing to do but wait. Our new morning routine was to rush out back upon waking to see if anything had sprouted. As my son watched his seedlings pop through the ground like magic, his excitement grew.

We talked about how big the different plants would grow, and how long until they’d be ready for picking. We started planning how we would eat them – if we’d munch on them raw or use them as an ingredient in a meal. My picky toddler was looking forward to eating cherry tomatoes right off of the vine!

Our seedlings quickly grew into sturdy plants that began to flower. My son thought it was fascinating to watch the flowers blossom, lose their leaves, and transform into a tiny version of a familiar vegetable.

Before we knew it, it was harvests time! First the sweet peas. They’d grown taller than both of us – climbing up high on the DIY trellis we’d built for them. I let my son take the lead, only helping as needed. Quickly our basket filled, and I stood back as my toddler – who had recently decided he didn’t like anything green – munched away on the fresh peas.

Next up was the carrots. My son discovered that pulling veggies out of the ground was even more fun than taking them from the vine. He was so excited to try them that I barely managed to wash the dirt off before they were in his mouth.

As we got further into the season, the rest of the garden was ready to harvest. The novelty never wore off and my son spent hours picking tomatoes, peppers, and squash. And he was enthusiastic to eat everything we grew! The tomatoes became sauce; the peppers got stuffed with beans and whole grains; the squash became a casserole. All of which my son helped prepare and chowed down without complaint.

That summer taught me to take it slow and to be patient with children’s food preferences. I learned that while I might not be able to control how many greens my kid eats – I can control the food experiences that I give him and the options that I provide. The years I’ve spent feeding kids has shown me that getting them involved in the meal – whether that means growing the veggies they’re eating or helping out in the kitchen – often leads to more adventurous eating. And I think that, as parents, that is a great gift to give to our children!

Share This:
This entry was posted in Ag Facts, Ag in the Classroom, Arizona, Composting, Cooking, Events, Farm Facts, Fill Your Plate, Focus on Agriculture, Food, Food Production, Fun and Games, Gardening, Green Matters, In Season, In the Kitchen, Just For Fun, Kids and tagged At home, Garden, In the yard, kid friendly, kids, seeds. Bookmark the permalink.