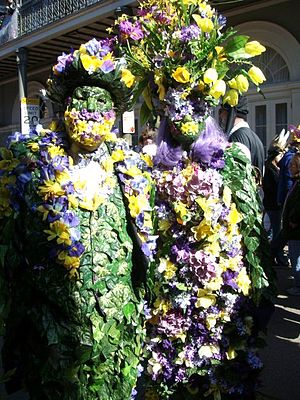 As the onset of Mardi Gras mayhem gets closer, people from every state will be looking to New Orleans with a little longing and a bit of envy.  Who wouldn’t want to line the streets to watch the parades, dress up for the many parties, and partake in the fabulous food found only in Cajun Country?  If you didn’t make hotel reservations before December  or don’t have the extra money in the budget to go to Mardi Gras this year, why not bring Mardi Gras to you!  You might not be able to wrestle up a proper Mardi Gras parade, but with fresh Arizona food and the right recipes, you can fill your plate with a variety of Mardi Gras munchies worthy of their own celebration.

To make your Mardi Gras celebration memorable, make sure you include these Mardi Gras favorites on your menu.

Our own Arizona-originated recipe have plenty of spice even if not Cajun style. In the tradition of Sonoran Mexican food, you can check out Fill Your Plate’s recipes for some special Arizona spice!