If I were to ask you what the best Thanksgiving side dish is, what would you say? Stuffing, right? Well that’s good, because the recipe I’m sharing is the recipe to my great-great grandma’s famous stuffing! Since Thanksgiving is rapidly approaching, I thought it might be a good idea to bring out this recipe for the festive and tasty addition it could make to your holiday table! 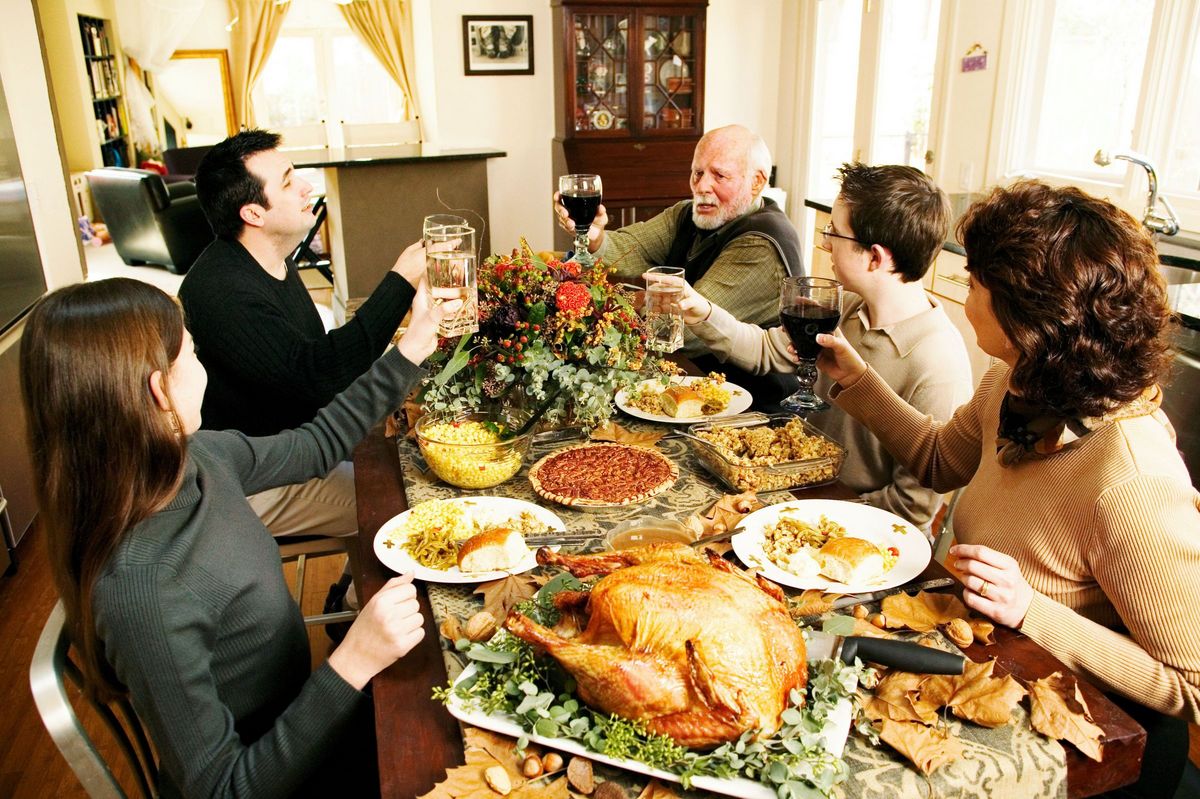 My great-grandma Griffith, whose recipe this is, was a considered by many to be a ‘dynamo.’ She was proficient in so many things her family and friends couldn’t keep up! She was born Gertrude Berryman in South Shields, England in 1880, and moved with her family to America when she was a little girl. When she was young, she quickly mastered not only the art of cooking, but also embroidering, sewing, and knitting among other things.

On September 2, 1907, Gertrude married Moses Griffith, and they soon after had their only child, Margaret. After raising her daughter to adulthood, Mrs. Griffith took on the daunting task of raising her two grandchildren, Margaret and Matthew, until they were in their teens. My grandma (Gertrude’s granddaughter Margaret), remembers her grandmother in her prime, “She was a housewife, and only five-foot-three, but she had more energy than any six people I knew.”

Gertrude raised her family through two of the most prominent wars in U.S. history, World wars I and II, all the while continuing to cook the best food the neighborhood had ever tasted. My grandma often tells a story of her life with her grandmother during the thick of World War II, saying, “We had to blackout the windows because we were in a region of Pennsylvania that was considered a target if the enemy ever reached the mainland. We had to make sure all the shades were down and there was no light showing through; but she made a game out of it and we never were afraid.”

My great-great grandma Griffith is a legend in my family; not only for her cooking but for the amazing and full life she led, as well. Her recipe that I share here has been in my family now for over a century, and has served us very well. I hope it can now serve you well, too!

Remember, Fill Your Plate has an endless number of recipes including holiday ones. For Thanksgiving, we even have an entire category called “Recipes for Thanksgiving Dinner.”

Recipe for a 12lb turkey, adjust to fit turkey size

A dash of kosher or sea salt

A dash of pepper

The night before making this dish, leave bread out as it should be slightly stale. First, cut bread crusts off if desired. Put pieces of bread, a few at a time, in a blender or food processor. Blend until you have crumbs just a slightly smaller than peas. The crumbs should not be too fine. Next, melt a stick of butter in a large frying pan with the heat on medium. Add diced onions, parsley, and celery leaves and sauté until everything is limp. Add two teaspoons of thyme and thoroughly distribute into mixture. Add a dash of salt and a dash of pepper. Start adding handfuls of breadcrumbs into the frying pan until all breadcrumbs are used or frying pan is full.  Make sure to stir the breadcrumbs as they are being added so they can soak up the butter evenly. Now, turn the heat down to low and cook the mixture until it starts to get ‘dry’. It won’t completely dry out because of the butter, but you do not want the mixture soaking wet.

To stuff the bird:

Clean out the cavity of your turkey with a moist paper towel and pat it dry with a different, clean paper towel. Do not pack the stuffing in, just fill it. Start by taking spoonfuls of your stuffing and just sprinkling them inside the bird until the cavity is filled. Make sure to stuff the turkey from both ends, including the neck. Cook the turkey in an oven normally. Enjoy!