Filling Your Plate with Healthy Foods May Actually Save You Money 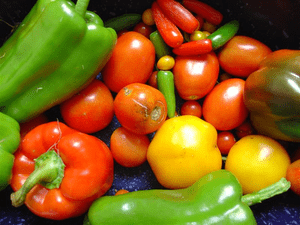 Last summer, the USDA launched My Plate, a new set of nutritional guidelines aimed at reversing the upward trend in obesity amongst American children, teens, and adults.  Replacing the food pyramid formerly used to help explain what we should be eating, My Plate uses easy to understand illustrations about proportion and portion size.  As with any new government program, there were supporters and critics.  The most common dissenting theme was that eating healthy foods according to the new recommendations would cost most American families more; one study estimated that increase would top $300 per year.  This was not good news when you consider that the poorest among us are also the most likely to struggle with obesity.  Across the country, the obesity rate amongst low income adults (making less than $15,000 per year) is 33% as compared to their peers who make more than $50,000 per year.   This seemed to support the idea that poor people have higher rates of obesity because they don’t have access to options for healthy foods.

However, a recently published study conducted by the USDA shows that the cost of a healthy diet doesn’t have to be higher than a diet laced with sugary drinks and junk food.   Researchers from the USDA Economic Research Service looked at a range of food options as part of the study.  To gauge cost and health benefit fairly, the team used three different metrics.

Using these metrics, the team calculated how much it would cost to meet the recommendations for each food group.  In order to determine whether a food item was “healthy” or not, the team looked at how much nutritional value one portion contained.  If a food item contained enough nutritional value, and was low in saturated fat, sodium, and added sugar, it was deemed healthy.  Other foods, deemed moderation foods, were those containing large amount of saturated fat, added sugar and sodium, or with little nutritional value.

The study showed that with the exception of cost per calorie, healthy foods cost less.

This result not only shows that a healthy diet may be more affordable than previously thought, it also explains why other studies have found the opposite to be true.  Most studies conducted in this area use the cost or price per calorie as the baseline metric.  If this is the only metric used, healthier food options will always come out more costly.  The authors of this study contend that only looking at this one metric doesn’t provide the whole picture.  Simply using cost per calories doesn’t account for how much food is eaten, which can skew the results and offer an inaccurate picture of the true consumer cost.

This is good news for those trying to eat healthy foods and for those trying to help Americans make healthier choices.  Understanding what factors play into unhealthy eating habits and contribute to the obesity epidemic is the best way to combat the problem and build a healthier population.

Here in Arizona, with the wide array of locally grown fruits and vegetables, we have access to both affordable and healthy eating options.

You can find infographics of all Arizona’s fruits and vegetables in season here on Fill Your Plate.