Don’t Lose Sleep over the Nightshade Family of Plants

The Nightshade family of plants (Solanaceae) includes many fruits and vegetables that you may be familiar with, and probably have at home right now. But did you know that this group of plants has a deadly past?

Let me begin by saying that you need not fear any of the produce you have in your refrigerator or sitting on your countertops. The potentially lethal plant I am referring to in this article is just one of the numerous plants in the Solanaceae family. 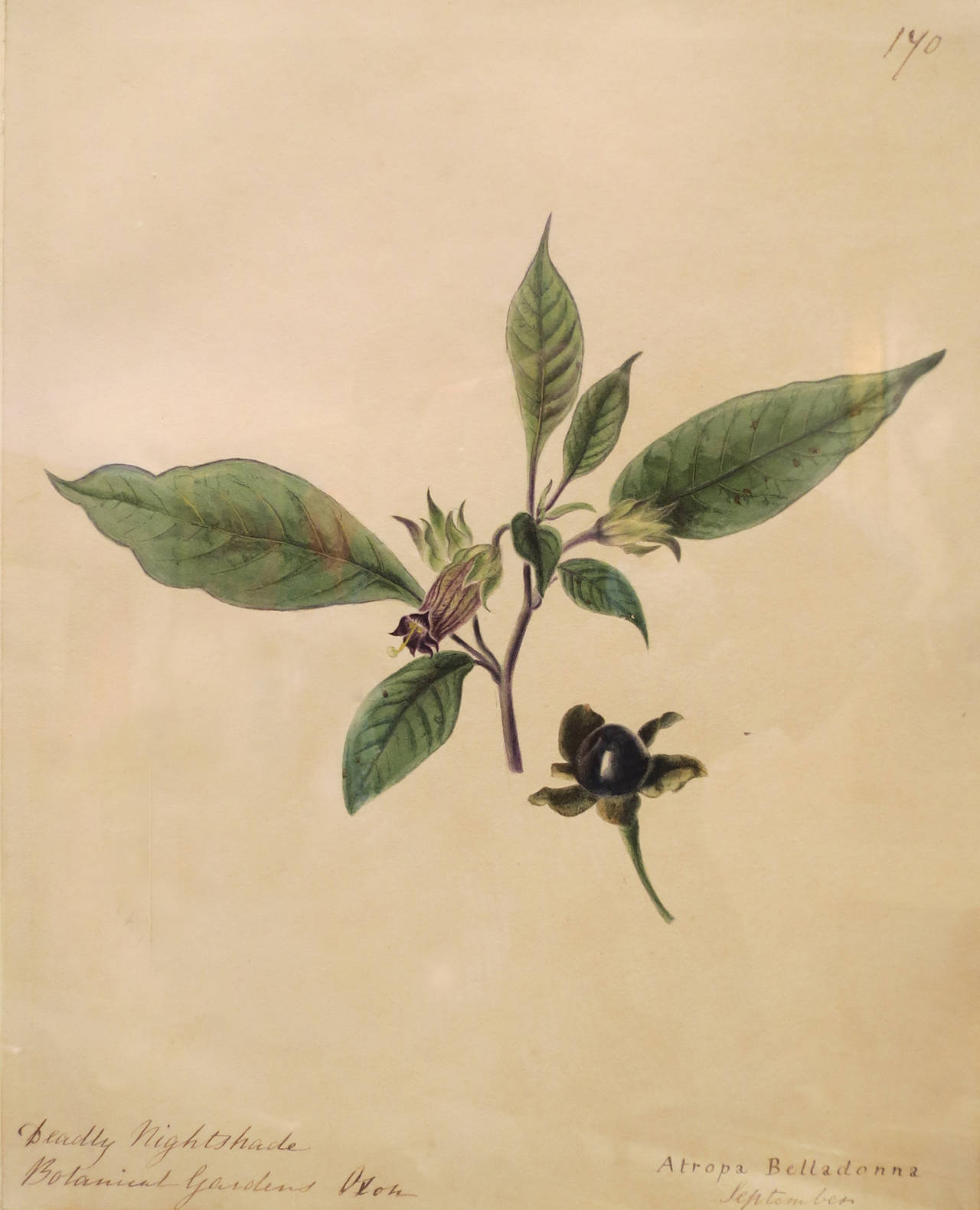 This deadly plant is called ‘Deadly Nightshade’, and it is related to tomato, potato, goji berry, pepper, and eggplant plants, among many others.

Deadly Nightshade, also called Atropa Belladonna, has a long history, and before it was used to kill, it was used to beautify. The name ‘belladonna’ literally translated to ‘beautiful ladies.’ In the Middle Ages, Venetian women would use this plant to dilate their pupils, which was considered beautiful at the time.

Of course, the results after long-term use of nightshade eye drops were not pleasant.

After this, Deadly Nightshade became popular as the poison of choice for assassins and other criminals. It was even said to have been used in potions made by witches. Many warriors, knights, and kings were poisoned and killed by Deadly Nightshade. Throughout history, archers would coat the tips of their arrows in the plant’s juices to use in battle.

The killer components of this plant, atropine, and scopolamine are so potent within it that just ingesting trace amounts can lead to an adult human’s death quite easily.

The Atropa Belladonna has put its past behind it, however, and has actually been very useful in modern medicine.

According to WebMD, Deadly Nightshade is used to stop bronchial spasms, as a sedative, and as a hay fever remedy. It has also been widely used to treat Parkinson’s Disease and motion sickness.

So even though this plant has a deadly past, there is no need to fear it! It might even save lives one day.

For more information on Deadly Nightshade’s sister plants like tomatoes and potatoes, visit our blog!