On March 25, Americans celebrated pecan day. Pecans are those sweet and tender nuts greatly loved by Southerners from Georgia to Arizona. In fact, when asked to think of how pecans might be used in a food, 80 percent of respondents will say “pecan pie”. 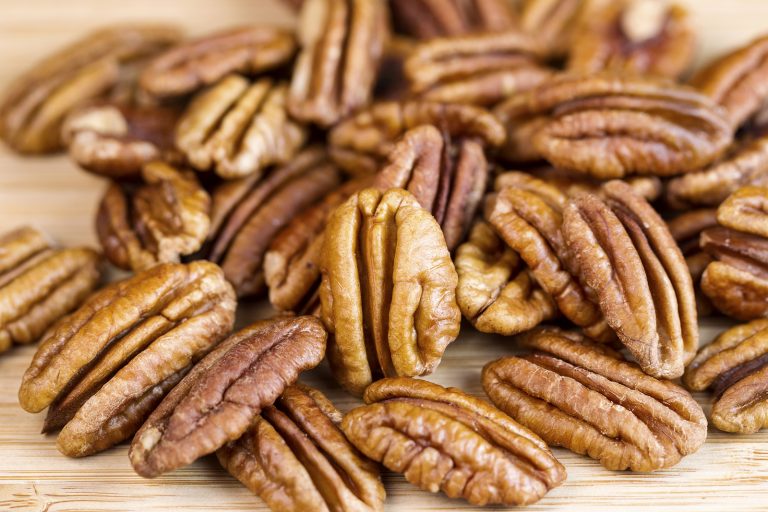 Pecans store quite well. In-the-shell pecans will keep for four months at room temperature, or three months if they are shelled. Refrigerated, shelled nuts remain tasty and hang onto their nutrients for up to a year and a half! Without the shell, this best-by date is six months. But the best storage location is the freezer. Set to 0 degrees Fahrenheit (0 °F), your freezer will help shelled or unshelled pecans retain that just-picked sweetness and tenderness for up to two years.

Pecans are excellent nutrition. They are loaded with unsaturated fat, which helps lower cholesterol and prevent heart disease. Their protein count, ounce for ounce, is four times greater than meat or beans. Besides being sodium-free and having the highest antioxidant rating of any other nut, pecans contain more than 19 vitamins and minerals – including vitamin A, vitamin E, folic acid, calcium, magnesium, phosphorus, potassium, several B vitamins, and zinc.

Here are some other fun and interesting facts about pecans:

If you are looking for a truly impressive way to use your locally-purchase pecans, try one of Fill Your Plate’s featured recipes, Tessa Sweet Potatoes. Sweet, crunchy, exotic, and satisfying, this “comfort food” will bring your family back to the dinner table again and again!