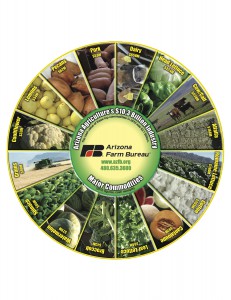 April is National Pecan month which is a great opportunity to celebrate this All-American nut.  Pecan trees are the only major nut trees native to North America and this versatile nut offers many health benefits.  This month, tempt your taste buds with a new recipe featuring these nutritious nuts.

And here in Arizona we grow some of the best pecans around! In 2010, the most recent year we have cash crop figures, Arizona produced $62 million worth of pecans. Additionally, the state is experiencing a renaissance in pecan production as more and more Arizona farmers plant pecan trees for production, especially in southern Arizona in Cochise County.

Pecans got their name from the Algonquin word used to describe nuts that needed to be cracked with a rock and appear in history beginning in the 1500’s.  Pecan trees are a type of hickory tree and the versatile nut was a major part of the Native American diet prior to the arrival of the colonists. Two of our most famous Presidents, George Washington and Thomas Jefferson, were fans of pecans and are reported to have had pecan trees growing in their gardens.

The French settlers that lived along the gulf coast in what are now the southern states were the first to export pecans beginning in the early 1800’s.  New Orleans became a hub for pecan production and by the end of the 19th century growers across the South had developed grafting and budding techniques that enabled pecans to become a commercialized crop.

Research has shown that pecans have a wide variety of health benefits that range from helping to protect against neurological degeneration to enhancing heart health.    The following studies have shown the health benefits associated with including pecans in your diet.