Teen Sleep Times Linked to Being Overweight or Obese

We’ve all heard that the way to prevent being overweight and potentially obese is to maintain good and healthy lifestyle habits, such as exercising regularly and eating a balanced diet. These habits are especially important during the teen years as teens are still developing during this stage. One lifestyle habit that isn’t as often talked about is keeping good and consistent sleep times. 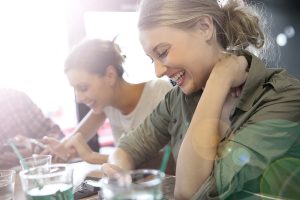 Dr. Jesus Martinez-Gomez suggested that this loss of sleep in teens could be attributed to the fact that as teens age, their bodies produce melatonin later than they do when they are younger. He also noted that it is during the teen years that school schedules and social lives become busier.

So, besides needing to exercise regularly and eat balanced meals, teens should also be encouraged to ensure that they are getting proper rest each night, not only so that they are refreshed the next day, but also because it could save them from some negative health impacts in the long run.

For more articles on sleep, check out this collection of sleep related articles from the Fill Your Plate blog!

Share This:
This entry was posted in Health Tips and tagged better sleep, Foods and sleeping, Sleep. Bookmark the permalink.