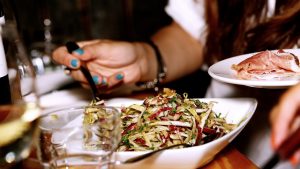 Several agencies in the United States play a primary role in ensuring food safety. The study objectives included analyzing local health departments’ (LHDs) level of engagement in food safety and other related services, and LHDs’ characteristics associated with those services.

The study method used data from 1,496 local health departments that participated in the 2019 National Profile of Local Health Departments Survey, administered to all 2459 LHDs in the United States. Logistic regression analyses were performed to model multiple dichotomous variables.

Other LHD characteristics significantly associated with the provision of nutrition services included population size, state governance (rather than local), and LHD having at least one registered, licensed, practical, or vocational nurse. The odds of providing food processing services were lower for locally governed than state governed LHDs.

The odds of performing food safety inspections varied by LHD’s population size, whether a nutritionist was on staff, whether it was state-governed (vs. locally), and whether it completed a community health assessment (CHA) within 5 years.

The study concluded that local health departments play a critical role in ensuring safe food for Americans, yet variations exist in their performance based on their specific characteristics. Adequate funding and a competent workforce are essential for local health departments to utilize evidence-based practices and engage in policymaking and advocacy concerning food safety.

The Study: Ensuring Food Safety for Americans: The Role of Local Health Departments

Share This:
This entry was posted in Food Safety, Uncategorized. Bookmark the permalink.