Get to Know these Neglected Grains 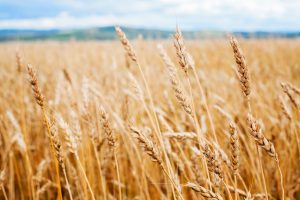 What do you know about the grains you eat?  (photo credit: Bigstockphoto.com)

When was the last time you had some buckwheat bread?  How about a millet muffin or a quinoa cupcake?  In all likelihood, the answer to all of these is never.  In fact, if you are like most Americans, you may not even recognize the names of these three traditional whole grains.  The United Nations and the Food and Agriculture Organization (FAO) are hoping to change that as the world’s population edges toward 8 billion and food security becomes an even more critical global issue.

It can be hard for many Americans to understand the global concerns over food security.  We are lucky to have the most productive farmers and ranchers in the world and most of us cannot remember a time when filling our plate required anything other than a trip to the local grocery store.  But there are many people around the world who are not this lucky.  Last year, according to the FAO, almost 900 million people or 1 out of every 8 people on the planet were undernourished.  For these people, food security is a constant concern.  As global organizations like the United Nations and the FAO look at future population projections paired with projected food production, they see a global crisis on the very near horizon.

In an effort to avert the anticipated problems with future food security around the world, the UN and the FAO are working to promote the adoption and cultivation of whole grains outside of the few that make up the majority of production today.  The fear is that our overreliance on a few whole grains including wheat and rice poses significant risks to our ecosystem, food security, and the biodiversity of the crops we rely on to keep us fed.  By promoting these lesser known whole grains, the organizations hope to diversify the base upon which the world’s food supply grows which will increase food production and security overall.  Here are the “neglected” grains that the FAO encourages everyone to explore and adopt as part of the overall awareness program.

Amaranth comes from Mexico and was widely used by the Aztecs.  It has a nutty flavor and provides protein, fiber, calcium, iron, manganese, and folate.  It can be eaten on its own or ground into flour for use in bread, pasta, and other baked goods.

Despite its name, buckwheat is not actually a type of wheat; it is a seed.  Full of antioxidants, fiber, magnesium, manganese, zinc, and iron, it has a powerful nutritional profile.  It can be toasted, roasted, or ground into flour for use as a replacement for wheat flour.

Millet is believed to be the first domesticated cereal grain and is still grown and used in many parts of the world.  It offers a stellar nutritional profile, providing protein, fiber, vitamin E, vitamin B, iron, magnesium, phosphorus, and potassium.  It can be ground into flour, used as a cereal, and made into bread.  Another benefit of millet is that it is easily digestible and the least allergenic of the whole grains.

Another of the ancient grains, quinoa is actually a seed that comes from South America.  It provides fiber, magnesium, and iron and can be used for baked goods, ground into flour, or eaten it its natural state like rice or corn.