Focus on Agriculture: Cutting Farm Programs Would be a Pyrrhic Victory 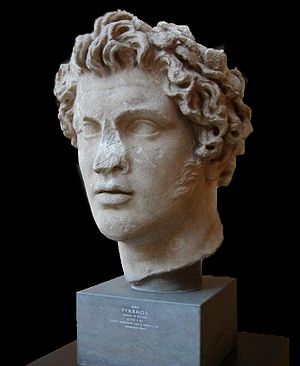 Most of the programs in the farm bill will expire next year and the debate over a new farm bill has begun.

Spending cuts will be needed. Congress must bring down the federal debt. With no prospect for more spending, competition for the remaining dollars is intense. Some would like to eliminate farm payments and redirect that funding—less than one-half of 1 percent of total federal spending—to other areas.

The debate about farm payments brings to mind the term “Pyrrhic victory.” King Pyrrhus ruled the Greek state of Epirus in the third century B.C. When the Greek city of Tarentum in southern Italy feared invasion by Rome, the Tarentines asked Pyrrhus, who had a strong army, for help. Pyrrhus, seeing a chance to expand his rule, agreed.

After two bloody battles, Pyrrhus defeated the Romans. However, Pyrrhus lost so many of his best soldiers that he is said to have remarked, “With another such victory, we will be finished!” He battled the Romans again five years later and lost. His legacy is the lesson that some victories are not worth what it costs to win them.

Most crop prices in recent years have been high enough to not trigger price support payments. Meanwhile, restrictive payment and income limits have made some of the most productive farmers ineligible to participate in farm programs.

As a result, farm programs are already a shrinking piece of the farm-bill pie. That piece of pie, however, remains important to our agricultural productivity and food security. That mere 7 percent does a lot to keep our pantries full.

Like Pyrrhus’ battles, the battle for farm program funding could be costly. America could lose growth in an industry that feeds, fuels and clothes us, and much of the world, and provides U.S. jobs. We would lose an important safety net for a sector of our economy that is actually growing, and the only one that has a positive trade balance.

The United Nations predicts that farmers need to produce 70 percent more food by 2050 to keep up with population increase. That makes keeping farmers in production more important than ever. Sure, crop prices are high now, but the only constant in agriculture is volatility, something that farm programs help farmers and food consumers ride out.

Farmers know that change is in the air and are willing to do their part to cut government spending. Congress should consider changes to save money and make farm programs work better. Many ideas will be put on the table, but it is reckless to redirect funds from farmers’ tiny sliver of the pie to other areas.

With a victory like that, American food security may be finished.

Share This:
This entry was posted in Focus on Agriculture, In the News, Legislation and tagged agriculture, Agriculture and Forestry, American Farm Bureau Federation, Arizona, United Nations. Bookmark the permalink.

4 Responses to Focus on Agriculture: Cutting Farm Programs Would be a Pyrrhic Victory