Celebrate the Holidays with Apples 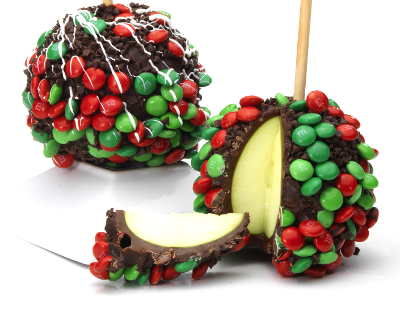 You’ve heard that “an apple a day keeps the doctor away and while that may or may not be true, apples are definitely an American favorite.  So much so that we celebrate the apple throughout the year. .”  In Arizona we have access to delicious apples all year round.

Apples are in season in Arizona from July to September but farmers are able to keep us supplied with these delicious treats long after the season has ended.   The holidays bring our favorite apple cider, apple pie, chocolated covered apples, and many other apple desserts.   We also like to decorate our holiday trees and tables in luscious Red Delicious apples.

Here are some fun apple facts.  Did you know that?

Here’s a delicious Apple-Raspberry pie recipe you could cook up to celebrate National Apple Pie Day in style.   Go to FillYourPlate to discover Arizona Apple Farmers and to look up more delicious apple recipes.

Preheat oven to 425 degrees. Roll out half of the pastry and fit into a 9-inch pie plate. Spread raspberry jam over bottom of the pie crust. Thaw and drain raspberries. Pour juice into a small saucepan, stir in cornstarch and  a ¼ cup sugar. Bring mixture to a boil over low heat; stir in the drained raspberries; cool. Combine flour and 1/3 cup sugar.

Peel, core and slice apples into thin slices. Toss apples in flour/sugar mixture; pour into pie crust. Spoon raspberry mixture over apples. Roll out remaining pastry and place over the filling; trim and crimp edges. Cut slits in top crust for venting. Beat egg white and water with a fork until frothy; brush over top crust. Sprinkle sugar evenly over top of pie.

Bake at 425 degrees for 15 minutes; reduce heat to 350 degrees and continue baking for 30-40 minutes until crust is golden and juices bubble. Let pie set at least 1 hour before serving.

Share This:
This entry was posted in In Season, Recipes and tagged apples, fun facts, holiday recipes, Holidays, in season. Bookmark the permalink.

2 Responses to Celebrate the Holidays with Apples