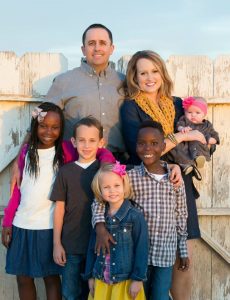 “Farm Bureau’s YF&R Committee members play a vital role in advocating for agriculture while further building their leadership abilities,” AFBF President Bob Stallman said. “The commitment and quality of the young agriculturalists who volunteer to serve are always impressive, and this year is no different. It’s clear that the future of farming and ranching is in good hands.”

Regarding the appointment of Arizona’s Dinsmore family, the 1,500-acre vegetable, hay, and grain farm, Dinsmore Farms, Inc., was founded in the early 1940s and is based in Yuma, Arizona. The vegetables grown include iceberg lettuce, romaine lettuce, red and green mix lettuce, cauliflower, and broccoli. The hay grown on Dinsmore Farms includes Sudan and Alfalfa.

National committee members are nominated by their respective state Farm Bureaus. They study farm and food policy issues, participate in leadership training exercises and hone other professional skills during their tenure as committee members.

American Farm Bureau has also appointed other Arizona Farmers and ranchers to their national committees.

All committee appointees by AFBF are expected to remain informed on their issues in order to contribute to valuable discussion and generate the best outcomes, including excellent advice and recommendations on issues of greatest importance to farmers and ranchers.

Key duties of the committees include recommendation development of studies or whitepapers on emerging or critical issues, engage in policy advocacy and serve as subject experts at congressional hearings, if asked.