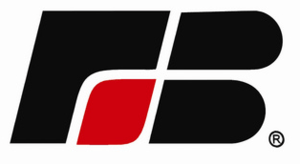 Arizona Farm Bureau salutes Congress’ passage of a new farm bill, which passed the Senate Tuesday on a 68-32 vote after earlier passing the House 251-166. It will now to go President Obama’s desk to be signed into law.

The Agricultural Act of 2014 will provide farmers and ranchers certainty for the coming year and allow the U.S. Department of Agriculture (USDA) to begin planning for implementation of the bill’s provisions, said Arizona Farm Bureau President Kevin Rogers, a cotton, wheat and alfalfa farmer from Maricopa County.

“This bill was a long time in the making,” Rogers said. “But now that it’s passed Congress, the Farm Bill provides additional risk management tools for grain, livestock and fruit and vegetable farmers while still saving taxpayers’ money – about $23 billion over 10 years. While not often recognized, the Farm Bill at its core provides food security for the country.”

Farmers desperately needed to know what to expect from the farm program before making planting decisions this spring, Rogers noted. The bill that was passed today does provide a degree of assurance and stability, he said. On the conservation front, this bill consolidates 23 previous conservation programs into 13, and focuses conservation efforts on working lands. It also ties conservation compliance to producers’ participation.

Plus, the bill continues the linkage of agriculture and the nation’s nutrition programs, a linkage that draws on bipartisan support for the wellbeing of the country.

“It’s always a healthy debate,” Rogers noted. “The most important role of a farm bill is providing a basic, no-frills safety net for farmers when times are hard, this bill will do just that. This bill is good for the country because it assures domestic production of food and fiber. Plus, it ensures conservation of resources and helps provide nutritional needs for our children.”

The Arizona Farm Bureau is a grassroots organization dedicated to preserving and improving the Arizona agriculture industry through member involvement in education, political activities, programs and services. As a member services organization, individuals can become a member by contacting the Farm Bureau. Go to www.azfb.org to learn more.