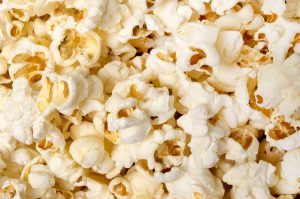 Here are your fun facts about one of America’s favorite treats. (photo credit: BigStockPhoto.com)

January 19th is National Popcorn Day. Whether you pop it on the stove, in the microwave, or with a fancy popping machine, make sure you take time to celebrate this super snack that is both fun to eat and a healthy snacking option.   Here are your fun facts about one of America’s favorite treats.

7 Responses to 18 Fun Facts About Popcorn