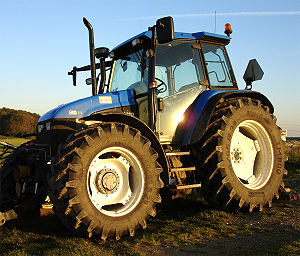 According to the Association of Equipment Manufacturers, sales of farm tractors were about 15 percent higher in August compared to one year ago. Just over 14,000 tractors were sold across the nation in August. Combine sales were up just over 7 percent, with 1,099 sold during August.

Taking a look at the calendar year, sales of tractors increased 8.3 percent during the first eight months of 2012 compared to the same time period in 2011, although combine sales were down about 12 percent.

Share This:
This entry was posted in Focus on Agriculture and tagged Agriculture and Forestry, Association of Equipment Manufacturers, August, Bloomberg Businessweek, Percentage, Recreation, Sales, Tractor. Bookmark the permalink.