The Price of Plastic: Should States Ban or Tax Plastic Bags? 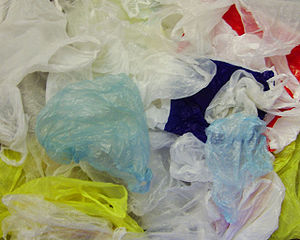 A recent opinion poll conducted by the Opinion Research Corporation (ORC) indicates that American consumers do not support legislation being discussed in many states that would either ban or tax the continued use of plastic and paper bags at retail stores.  To many state legislators, imposing a small per bag tax is seen as an eco-friendly policy that also generates much-needed revenue.   The possible ban on the use of plastic bags in all retail stores would eliminate waste ending up in landfills, but there are concerns that the ban may also eliminate jobs and force already cash-strapped Americans to purchase re-usable bags.  Concerns have also been raised as to the safety of many the reusable bags on the market today that may further turn the tide in this debate.

According to the Center for Consumer Freedom, the OCR poll results indicate Americans may not be in favor of a ban on the use of plastic bags for retail purchases.  Of those who participated in the poll, 65% indicated they oppose a complete ban on the use of plastic bags.  This may be due in part to the overwhelming number of poll participants (95%) who report already re-use their plastic bags for pet clean-up and lining trash cans.  Another fact that may play a role in participant opposition to the ban is the high percentage of respondents (85%) that believe consumers have the right to choose how they bring their purchases home from the store.

The poll also shows that Americans are also not likely to support a 5¢ tax on plastic bags.  The measure, which is being sold as a way to encourage people to utilize re-usable bags, would also help generate revenue for states in dire need of cash.  The poll results show that 67% of participants would oppose such a tax and consumer advocacy agencies have raised concerns that there may be inadvertent fallout if the measures pass.

One factor that at the forefront of consumer advocacy groups’ opposition to bans or taxes is the results of recent tests conducted on re-usable shopping bags by a number of groups.  These tests revealed that 25-40% of the bags tested contained dangerously high levels of lead.  One test, conducted by WVEC in Virginia found that 3 of the 12 bags tested contained 3-4 times the amount of lead most states allow in consumer packaging.  Other studies conducted across the country have even higher percentages of high-lead bags.   In response to concerns over the safety of these bags, U.S. Sen. Chuck Schumer (D-NY) has requested that the Food and Drug Administration, Environmental Protection Agency, and the Consumer Product Safety Commission investigate.

On the issue of plastic bags in retail stores, Legislators may need to consider the impact of unintended consequences and the will of their constituents before moving forward with a ban or tax.

What is your opinion?

Share This:
This entry was posted in In the News and tagged Center for Consumer Freedom, Food and Drug Administration, Opinion Research Corporation, Reusable shopping bag. Bookmark the permalink.