MOST AMERICANS ARE CONFIDENT ABOUT SAFETY OF U.S. FOOD SUPPLY 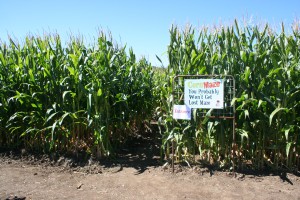 Are you confident about the safety of our food? The International Food Information Council’s 2012 Food & Health Survey reveals that most Americans (78 percent) are “somewhat confident” or “very confident” in the safety of the food and beverages that they consume.

A significant improvement in confidence has occurred in just the last year. In 2011, just 50 percent of respondents had the same level of confidence in the safety of what they consume.

Other highlights of the survey include that although the majority of Americans said they think about food safety (85 percent), most indicated they believe their risk of coming down with foodborne illness to be low; 57 percent said their risk was extremely low. IFIC also reported that 61 percent of Americans believe imported food is less safe than food grown and produced in the U.S.

One reason for this rise in confidence might because of the concerted effort by farmers and ranchers, including packers and shippers to ensure safety. In Arizona, we have quite a story on food safety efforts. Most of this effort has been driven by industry and is voluntary. The key is to have all stakeholders at the table on the food safety issue.