January is a good time for green!!!

No, not money. That other green – fresh, nutritious, delicious leafy green vegetables like endive, Spring Mix, cabbage, Romaine, Arugula, Iceberg, and Radicchio, to name a few. 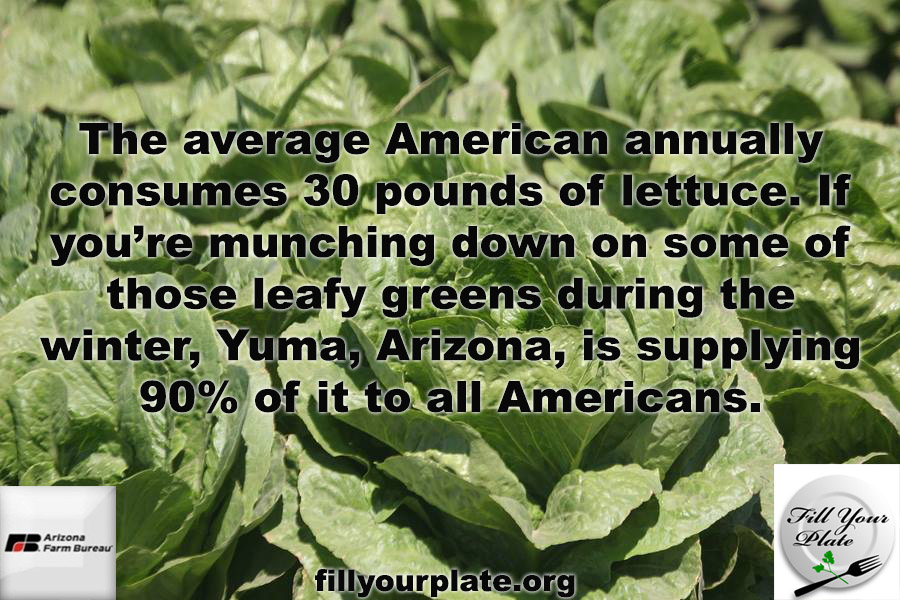 And all of it coming from one of the more unexpected places on the planet: Arizona. Yuma, to be precise, that once and former wide spot in the road tucked into a curve of the Colorado River on the southern edge of the Sonoran Desert.

It’s hard to think of it as desert now. Where once the only green was native wildflowers in spring, now miles of leafy green crops have transformed the landscape into a $1-billion source of revenue for the state. No wonder native Yuma Representative Lisa Otondo is so proud of her town.

Yuma County has now become a greengrocer’s Mecca. Known as America’s Winter Vegetable Capital, 96 percent of the area’s growers are supported by an organization called Arizona Leafy Greens. The crops themselves crops provide about 85 percent of the leafy green foods eaten in the United States and Canada from November through March.

And no wonder. These acres and acres of salad varieties are growing in prime conditions: virgin soil, Colorado River water, and a brilliant desert sun that allows them to photosynthesize like mad to reach peak growing conditions and nutrient content. Pretty good record for a leaf that started out as a weed around the Mediterranean Sea, was brought to America by Columbus, and has been grown here ever since.

What other interesting facts are leafy veggies hiding behind their cool, green exteriors?

In a world where the cost of meat is increasing, changing up your diet to include more leafy green vegetables can only be good.

Share This:
This entry was posted in Focus on Agriculture, Food Facts, In Season and tagged leafy greens, Yuma. Bookmark the permalink.