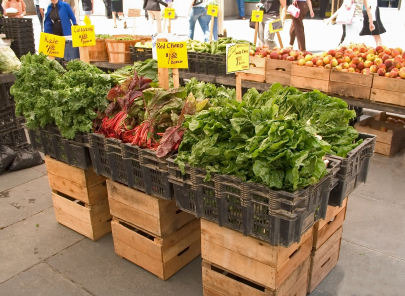 With the United Nations climate talks occurring in Copenhagen and the recent finding by the Environmental Protection Agency that carbon dioxide and other greenhouse gases endanger public health and welfare, global warming is once again making headlines. Senate leaders are promising passage of a massive climate change bill by the spring, which will move the issue front and center on Capitol Hill in the new year.

In the meantime, many of America’s hard-working farmers and ranchers are actively involved in explaining the issue. They are driving home the point that climate change legislation, currently before Congress, will raise energy and food costs and reduce U.S. food production. The negative impact of climate change on food production has been little noticed by much of the media or by policy makers in Washington, which is a travesty because all of us are impacted when food costs climb.

However in early December, a House Agriculture subcommittee held hearings on the economic impact of pending climate change legislation. For people who love to eat, the troubling news was confirmed: food production will drop and food costs will climb. This sobering outlook was presented by one of agriculture’s most respected economic experts, Joe Glauber, the chief economist at the Agriculture Department.

The bill calls for incentives for farmers to plant trees rather than crops. If the House bill becomes law, AFBF estimates that as many as 70 million acres of cropland and pastures would be taken out of production to be planted to trees as a means to reduce greenhouse gases. This shift in land use will hurt consumers at the grocery store. Food costs would rise by an estimated $33 billion annually in 2020 and up to $51 billion annually by 2030.

According to the United Nations, farmers will need to produce 70 percent more food for an additional 2.3 billion people worldwide by 2050. Clearly, the world will need the bounty of America’s farmers and ranchers more than ever. Any measure that limits U.S. farm productivity would likely reduce U.S. food exports to countries that most need it. The U.S. will be reducing the number of people it can feed as agricultural land is pulled out of food production.

For the future prosperity of the U.S. economy, American agriculture and for global food security, climate change legislation must be defeated by Congress.

America’s farmers and ranchers take their calling to feed the world very seriously. Cap-and-trade legislation could seriously diminish global food security by diminishing America’s long-standing ability to feed the world. If this were to happen, people from every corner of the globe would suffer.

Now more than ever, members of the U.S Senate must listen to the voices of America’s farm and ranch families.

John Hart is director of news services for the American Farm Bureau Federation.

The United Nations says farmers need to produce 70% more food by 2050 for our planet's population.