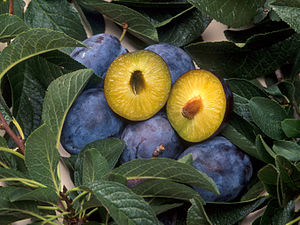 New research published in the Journal of Agricultural and Resource Economics indicates that consumers are willing to pay more for produce that has undergone intragenic modification in order to provide consumer benefit.  This is an interesting find because it shows that consumers feel differently about the different types of genetically modified produce.  As farmers look for ways to increase the value of their crops, information like this can provide valuable insight into how consumers spend their money.

Intragenic modification marries the old-school methods used by gardeners and farmers alike to crossbreed plants in an effort to make them heartier and to increase the yield at harvest, with the new advances in genetic modification.  This allows for the crossbreeding of plants not traditionally able to be crossbred, like potatoes.

Research participants were asked to bid on genetically modified potatoes, tomatoes, and broccoli as well as on non-modified versions of the same produce.  The modified version of these items offered increased levels of both antioxidants and vitamin C.  Consumers seemed to have no issue paying as much as 25% more for the intragenically enhanced produce than they were willing to pay for the regular produce.  Additionally, when asked, consumers were not willing to pay any premium for the same benefits if those benefits were achieved through transgenic modification.

As part of the research effort, the consumers who participated were also provided with information on genetic modification from a wide range of fields that presented positive, negative, and neutral perspectives on the practice.  Huffman found that the consumers put more stock in the information provided by the food industry and that the perspective of the scientific community, which was neutral, only seemed to mitigate the negative views from environmental groups.

This new research seems to align with previous research conducted by Professor Huffman in 2001 that looked at consumer willingness to pay more for genetically modified produce that used the transgenic method.  In that effort, Huffman found that the price consumers were willing to pay was actually less than the price they would pay for non-modified produce of the same type.

Although attitudes about genetically modified foods may be changing, consumers still have qualms about food that has been modified through the transgenic process.  However, when the changes are specifically targeting consumer needs like increased health benefits and the modifications are done with genetic material from the same species, consumers will pay a premium for that benefit.