About a year ago, I began having a lot of stomach pain and bloating after I ate. At first, I didn’t think much of it, and would usually attribute it to eating too much, or just having an off day. But after I realized that it was persistent, and noticed that it would make me less productive during the day, I began to wonder if I had specific food intolerances. Dairy and gluten intolerances run in my family, so I began to stay away from eating any foods that contain dairy or gluten. Sure enough, after I avoided those foods I began feeling completely normal. 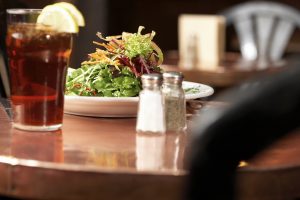 So, what is an elimination diet? An elimination diet is where you begin to avoid eating certain foods for a period of time. Often, people begin with foods that are common irritants, such as dairy, gluten, nuts, soy, and others. According to Dr. Vanessa Mendez, by removing some of these foods from your diet, you are able to see if any digestive symptoms still persist, or if they are relieved. She says that usually the elimination process lasts about 2-6 weeks, and then the foods are reintroduced back into the diet to see if any adverse reactions take place. Registered Dietician Sharon Zarabi suggests keeping a food diary to keep track of any changes in a patient’s symptoms. That way, it is easier to reassess and evaluate at follow-up doctor appointments.

If you feel like you might have a food allergy or intolerance and are interested in trying out an elimination diet, consult your doctor first, as the protocols often vary depending on the individual needs of the patient, and there is not really a “one-size-fits-all” protocol to follow.

After eliminating foods from my diet and finding what I am intolerant to, I can say with certainty that figuring out what foods you might be sensitive to is completely worth it. You will feel so much better and won’t have to worry about those symptoms disrupting your lifestyle.

For more articles on food allergies and intolerances, check out the Fill Your Plate blog!