Round 2 in the Battle of the Bags

New research may end the debate over which bag to use when bringing home your groceries.  Two studies conducted in the past year set out to answer questions about the safety and environmental impact of switching to reusable plastic and cotton eco-friendly bags from the conventional paper or plastic bags used today.  As states across the country consider implementing bans on conventional bags or taxes for using them, we need to know if we are compromising the health of our families and the stability of our environment with short-sighted laws. 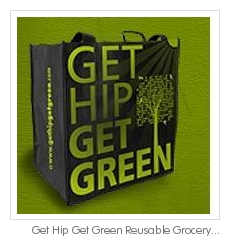 The first study, which was conducted by the University of Arizona and Loma Linda University, was released last year and looked at bacteria and other contaminants found on reusable bags.  The findings were startling; almost every bag tested had a high concentration of bacteria including dangerous micro-organisms like E.coli and coliform in almost half the tests.  Additionally, the study found that most shoppers never wash their reusable bags.  This only increases the likelihood of contamination as the bags touch shopping carts, car floors, and other unclean surfaces.  This study raised significant concerns about the impact re-usable bags are having on the health of our families.

In February of this year, the Environmental Agency of England released the findings of the second study, which looked at the overall environmental impact of seven different types of bags.  Even more surprising, the researchers found that general assumptions regarding the eco-friendliness of all the bags tested were untrue.

This study looked at nine different categories to determine the overall environmental impact.  These categories included toxicity to people and to all types of marine life, abiotic depletion which measures the use of non-living resources, and the global warming potential.

The surprising winner across the board was the conventional lightweight bags made of high-density polyethylene (HDPE) used in most grocery stores today.  In eight of the nine environmental impact categories included in the study, these bags had the lowest score beating out every bag believed to be better for the environment.

The biggest loser was a lightweight bag made from a biodegradable starch-polyester blend which got the highest environmental impact score in seven of the nine categories.  Although conventional paper bags didn’t fare much better, getting high scores across the board.

The jury may still be out on the issue of plastic vs. reusable, but these studies clearly show the case is not open and shut.  As for the paper bags we have used for generations to bring home our groceries and cover our school books, it may be time to retire them, no matter which way the next round in this battle of the bags goes.