No Farmers; No Food 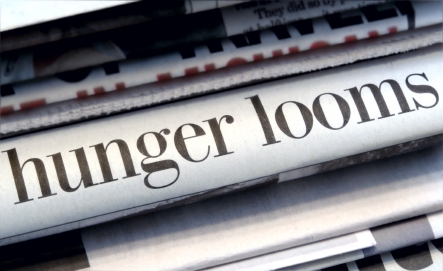 Many of my relatives were farmers, mostly in Illinois and Indiana. They worked “family farms,” and when times were reasonably good, they sold their excess production through dairies, creameries, butchers, and local markets. Even as a young child, I became keenly aware of the cost of doing business. I was taught that farmers led a tough but honorable and vitally important existence.

It was local commerce at its most basic, and it depended on locally-produced food being purchased by local residents. These local family farmers also offered some alternatives for eating well, especially to city dwellers. Today, fresh, local food is becoming more and more available.

However, the hand-crafted and home-grown offerings of the farmers’ markets cannot provide a steady source of nutrition for the struggling masses. “Big Ag” can, and does it nutritiously and economically.

Small-scale, local agriculture’s value to the community is without question. It’s estimated that every dollar spent at a locally-owned business of any kind generates two to four times the income, wealth and jobs than at an equivalent nonlocal business. In Arizona, agriculture and food production still employ a substantial number of people, despite the monumental challenges posed by everything from encroachment to labor and immigration issues. And, I’ll continue promoting local agriculture for our nearby neighbors.

However, we need agriculture production in all shapes and sizes to secure our well-being one person at a time all the way to the masses as a whole. To help us see this, let’s look at families in economically challenged times, trying to keep food on the table.

Large Production Agriculture Feeds You and Me and those Financially Struggling

Commodity-wise, eggs remain the champion of cheap, and can often be bought for less than $1.50 a dozen. Compared to the cost of a gallon of gas, the retail cost of eggs has increased at a snail’s pace – a very old snail. During the recent economic tsunami where requests for food boxes at food banks have more than doubled, many of Arizona’s most vulnerable citizens have relied on eggs to provide a sustainable way to feed a family real food, despite a paper-thin food budget. For others, eggs have rounded out emergency food boxes and have permitted quality meals to be offered during the most desperate of times.

Locally, Hickman’s Family Farms (a local family farm that produces eggs on a large scale) have donated and delivered hundreds of thousands of fresh eggs to community food banks over the past several years. I will add that during all my years volunteering on behalf of food banking, I have never heard a single recipient of an emergency food box ask if the eggs were from contained or free-range chickens.

Legislation and regulation, including activists against large-scale agriculture, could threaten our ability to provide quality food to us all. Much of this effort is aimed at commercial food production and commercial farming. If successful, basic affordable staples may be priced out of existence for the very people who need them the most. Our food supply is safe and nutritious, and still within the reach of most people. But if the economics of scale are tampered with, and the methods to mass produce food restricted even more, the tipping point economically will soon be reached for a large segment of the population.

Many of the proposed changes are well-intentioned, but woefully ignorant of agriculture (consider the situation in California after the passage of Prop 2), animal behavior and husbandry, employee safety, and basic farming methods. As they find their way into law, we will all suffer the consequences in the form of food that is inferior and high priced, and the exit of many of the producers of the commodities we rely on in daily life. I resist the specter of forced vegetarianism, and I personally will never consume milk, eggs, or meat that has not been supplied by professionals bound by the stringent health regulations that are already in place.

One longtime rancher remarked to me recently, “Why are the guys who have never had dirt on their boots trying to dictate how we should do our work?”

I would also like to ask, “Who is going to feed people if the bureaucrats and lobbyists run the food producers out of business?”

Share This:
This entry was posted in Arizona farmers and ranchers and tagged farmers, food, ranchers. Bookmark the permalink.

One Response to No Farmers; No Food