How Climate Change is Affecting Our Farmers – The Models 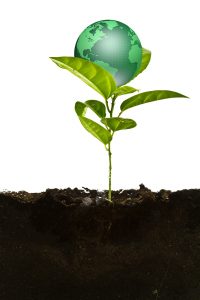 See the models for how climate changes may impact farming. (photo credit: BigStockPhoto.com)

In a previous post, we looked at what kinds of challenges climate change is creating for the future of farming.  In this post, we will be looking at four examples of what a climate-changed future may look like and what each specific example may mean for farmers and the food supply.  The four climate scenarios are based on four different climate models that each projects how climate change will impact the average temperature and precipitation in various regions.

The models use data collected from 1961 to 2000 and while there is some disparity in projected rainfall and the amount of temperature change across the scenarios, there is little difference in temperature change projections across the scenarios when looked at from a regional perspective.   Each model was used to create a picture of what the climate would be like in 2030 across the U.S. to enable analysis on what farmers will need to do to adapt to these changes.

The ECH model comes from the Max Planck Institute for Meteorology and predicts a future that is generally cooler and wetter than what would be considered “normal” or “average” now.  It shows a smaller increase in temperatures across all U.S. regions that the other models although the CSIRO model is close.   This model also projects that the climate east of the Mississippi River will be wetter while the weather in the plains and mountain states will be drier.

This model comes from the Commonwealth Scientific and Industrial Research Organization and is most similar to the ECH model.  It projects that the South and Southwestern parts of the country will be drier than now and that there will be no real change to the Northern regions.  This model shows a smaller increase in temperature for all regions that the CNR or MIROC and a cooler, wetter climate across the board when compared to the CNR model.

This model was created by the Centre National de Recherches and shows decreased rainfall in all regions except the Northeast and Great Lakes regions.  This model projects a warmer, drier climate than the first two but not as warm and dry as the MIROC model.

This model comes from the Model for Interdisciplinary Research on Climate and projects that the amount of rainfall received on average will decrease in every part of the country except the Pacific Northwest which will experience a slight increase.  This model projects the warmest and driest scenario across the board.

These models and the projected scenarios where then used to analyze how each projected change in temperature and precipitation would affect the crop yield.  The initial analysis showed that the impact to crop yield was dependent on several factors, including crop, region, and the model used.  Generally, the yield for corn and soybeans declines as the climate becomes hotter and drier but wheat yield seems to rebound after an initial drop.  This is due in part to shifts in where crops are grown as the climate changes.

Next, we will look at how this information was used to determine how farmers can best adapt to these changes to maximize the crop yield and protect the food supply.