Can you dig it? It’s National Potato Month!

There’s still time to celebrate National Potato Month. How have you celebrated the spud? According to the US Department of Agriculture’s Economic Research Service, potatoes are by far the most popular vegetable in American. Many of those most-enjoyed veggies, though are processed into French fries. We consume, on average 16 pounds of French fries a year – French fried potatoes are not quite as healthy as those prepared in other ways, though you can bake yourself up a batch of homemade French fries that are both yummy and better for your health! 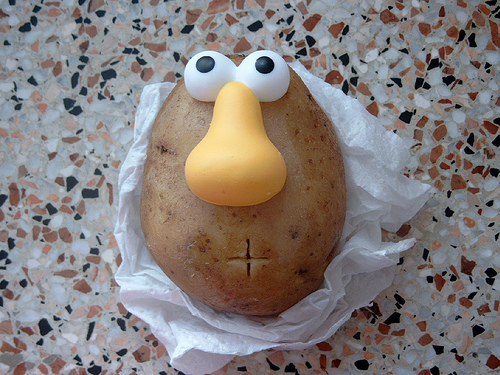 It’s estimated that the average American consumes more than 140 pounds of potato a year! By comparison, we eat about 50 pounds of tomatoes – the second-most consumed veggie. But wait, tomatoes are technically a fruit, but for argument’s sake, they’re still considered the second most consumed vegetable by the USDA.

How well do you know your potato? 10 potato fun facts:

When you’re putting together your next meal idea, consider incorporating the potato in a new, exciting dish. Check out some of our recipes. If you can’t get enough of your French fries, though, try this healthier, baked version.