The Cotton Bowl is over, the winners declared. But in Arizona, where cotton is once again king, the real Super Boll is the cotton plant. 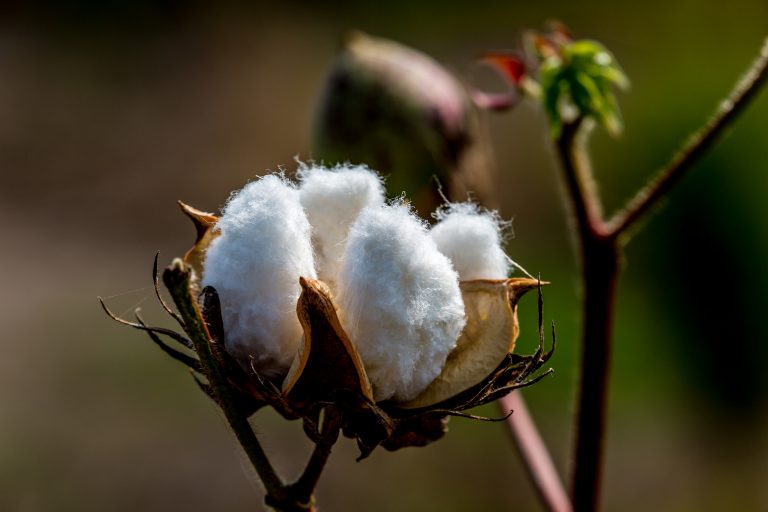 Boll refers to the round ball of cotton that develops at the end of the cotton plant’s stem. Technically a flower, these bolls – bursting from dried shells that cut like knives – were once harvested by hand. This was a difficult, painful, and time-consuming process, and required an enormous amount of labor. But in 1794, Eli Whitney patented an invention he called a cotton gin, and suddenly labor was no longer an issue.

Cotton cultivation dates back to Egypt. In this century, the biggest growers are China and India – which are also the world’s most populous countries. The United States comes third in number of bales, but first in per capita production.

Closer to home, states growing the most cotton lead with Texas and end with Kansas. Arizona comes in 13th in production, but first in quality! This is because Arizona is a premier grower of the finest extra-long strand (ELS) cotton in the nation on a per capita basis. Known commercially as Pima cotton, these ELS fibers must be at least 3/8 inch longer than short staple cotton, or nearly an inch. Today’s Supima cotton (the brand name for premium Pima cotton) exceeds staple cotton fibers by up to half an inch.

According to the Cotton Growers Buyer’s Guide 2014, the West (Arizona, New Mexico and California) produce a boll whose strand length is 36.9 thirty-seconds of an inch. Equally as important, only California and Arizona are stamped for superior quality when grown for export.

How did Arizona reach this peak of quality cotton production? In 1907, the US Department of Agriculture, or USDA, established an experimental farm in Sacaton, in cooperation with the Indian Service. Their intent was to crossbreed existing wild strains of cotton with a cotton plant known as American-Egyptian, in hopes of creating a very long-fibered, strong cotton plant that could be grown in the harsh desert climate.

The name “Pima” comes from the tribe of Native Americans who lent their support to this project. These Pima had adopted an ancient (Hohokam) canal irrigation system and were skilled at growing cotton.

Today, thanks to a number of Pinal County seed companies, transgenic cotton – also known as Bt (Bacillus thuringiensis) cotton – has been developed and released. This biotech miracle solves the problem of cotton pests like the pink bollworm, an obstacle to ELS cotton growing that became almost overwhelming in the 1990s, when climate change tipped the biosphere in favor of unpredictable weather and hardy insects.

“For many, cotton is still king in Pinal County.”